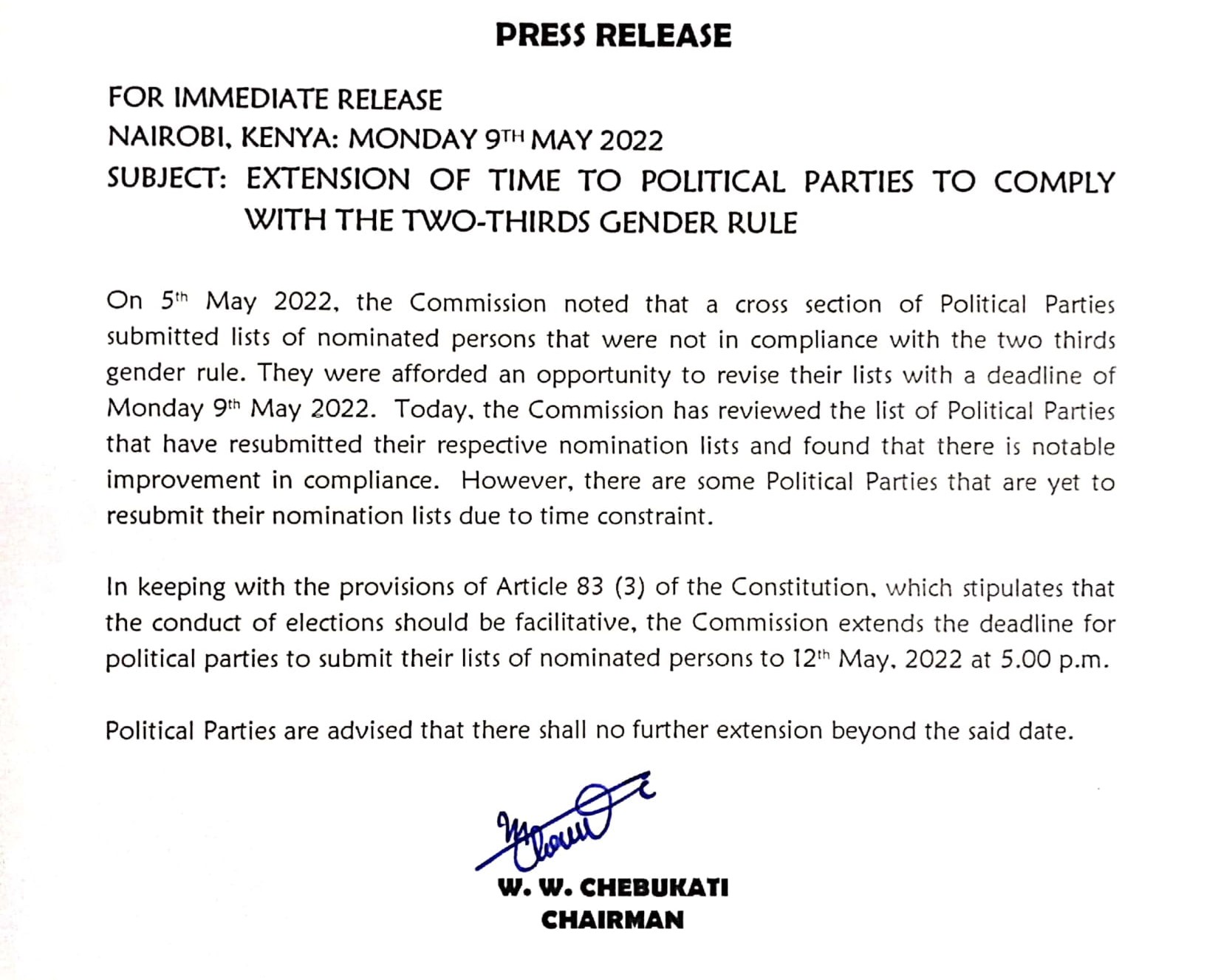 Political Parties that failed to meet the two thirds gender principle in their nomination lists submitted to the Independent Electoral and Boundaries Commission (IEBC) must hand in fresh lists by 11 May 2022 at 5.00pm or risk being locked out of the 9 August 2022 General Election.

Following the review of the resubmitted nomination lists on 9 May 2022, the Commission observed notable improvement in compliance. However, some Political Parties had not submitted their lists due to time constraints. Thus, the Commission has further revised the submission date to 12 May 2022. “In keeping with the provisions of Article 83 (3) of the Constitution, which stipulates that the conduct of elections should be facilitative, the Commission has extended the deadline to 12 May 2022 at 5pm,” observed Chebukati.

The High Court in a Constitutional Petition No. 19 of 2017 in Katiba Institute vs Independent Electoral & Boundaries Commission ordered that the Commission rejects any nomination list for members of the National Assembly and Senate that did not comply with the two-third gender principle.