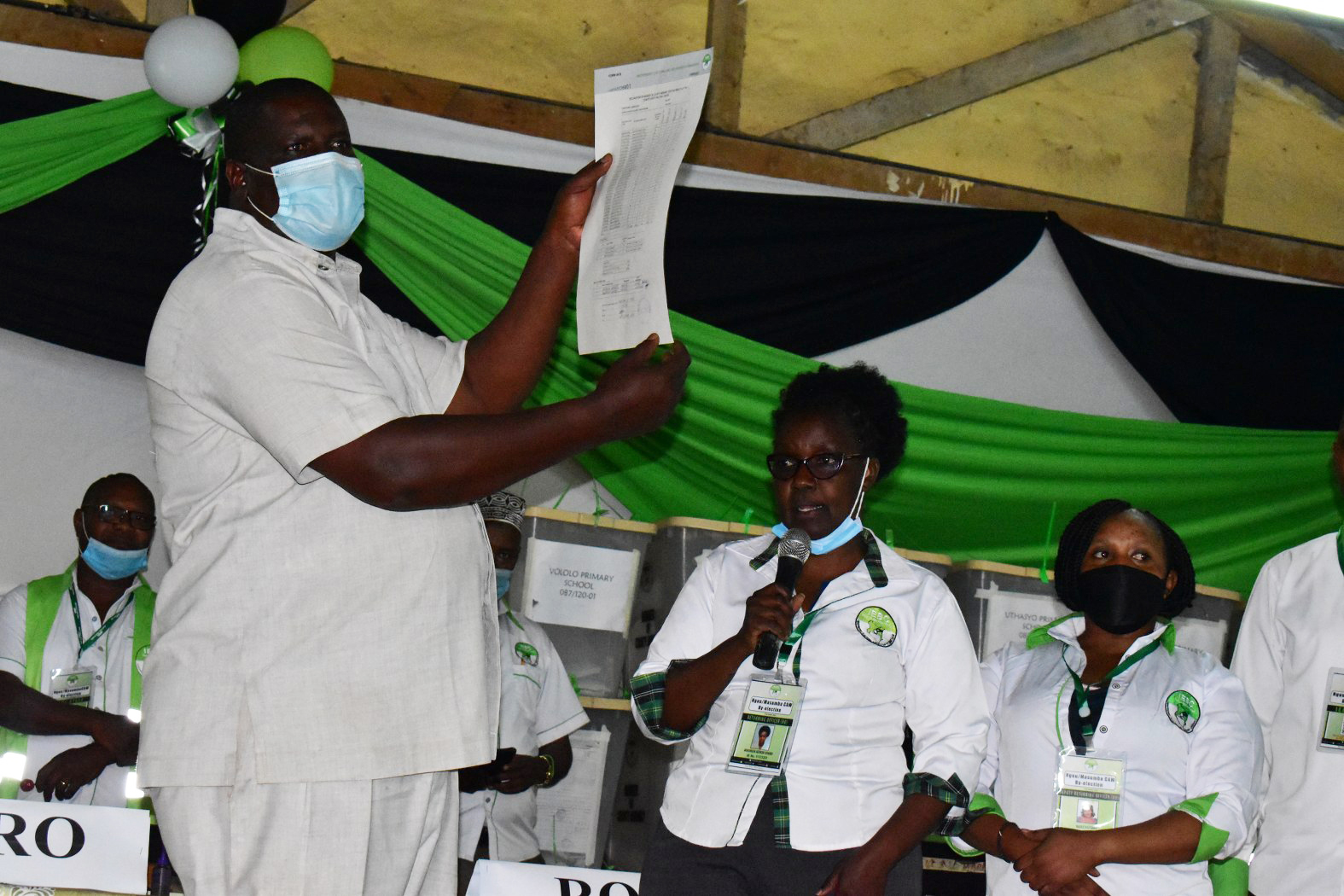 Guliye said the 60.3 per cent turnout was a clear demonstration of the voters embracing democracy, which enables the Commission to conduct a free, fair and credible election. The Nguu/Masumba CAW position was gazette and declared vacant following the death of Harrison Ngui in June 2021.

The by-elections comes just nine month to the 2022 General Election and offered the IEBC a chance to offer the new Commissioners a hands-on experience in conducting managing and of elections activities in Kenya.

“I must laud the commitment and participation of the voters in all the 34 polling stations across the Nguu/Masumba ward, who have been mainly peaceful in electing their leader. The turnout has been impressive and we are happy with it,” Guliye said in Kikumini Secondary School, the official Tallying Centre for the by-election.

Prof Guliye was at hand to guide Vice Chairperson Juliana Cherera together with Commissioners Francis Wanderi, Irene Masit and Justus Nyangáya in observing and   monitoring the polling day activities and visited several polling stations across the Nguu/Masumba County Assembly Ward.

During their monitoring tour of the election activities, Commissioner Masit urged all Presiding Officers and Deputy Presiding officers to work within the law for IEBC to deliver a free, fair and credible poll.

“The election has been peaceful and it is good to have the voice of the people listened to in electing their leaders,” said Commissioner Masit.

On the other hand, Commissioner Wanderi demanded that all election officials involved in the by-election must respect the law and be impartial to all candidates to enable the Commission meet its mandate in conducting elections.

Moreover, all poll officials were handed face masks to protect them as they interact with voters and other stakeholders in the polling and tallying centres.

The Commission would like to thank the voters and stakeholders for their participation and support. Importantly, IEBC recognizes and appreciates all election officials for their dedication, hard work and professionalism throughout the planning and conduct of the by-election in Nguu/Masumba electoral area.