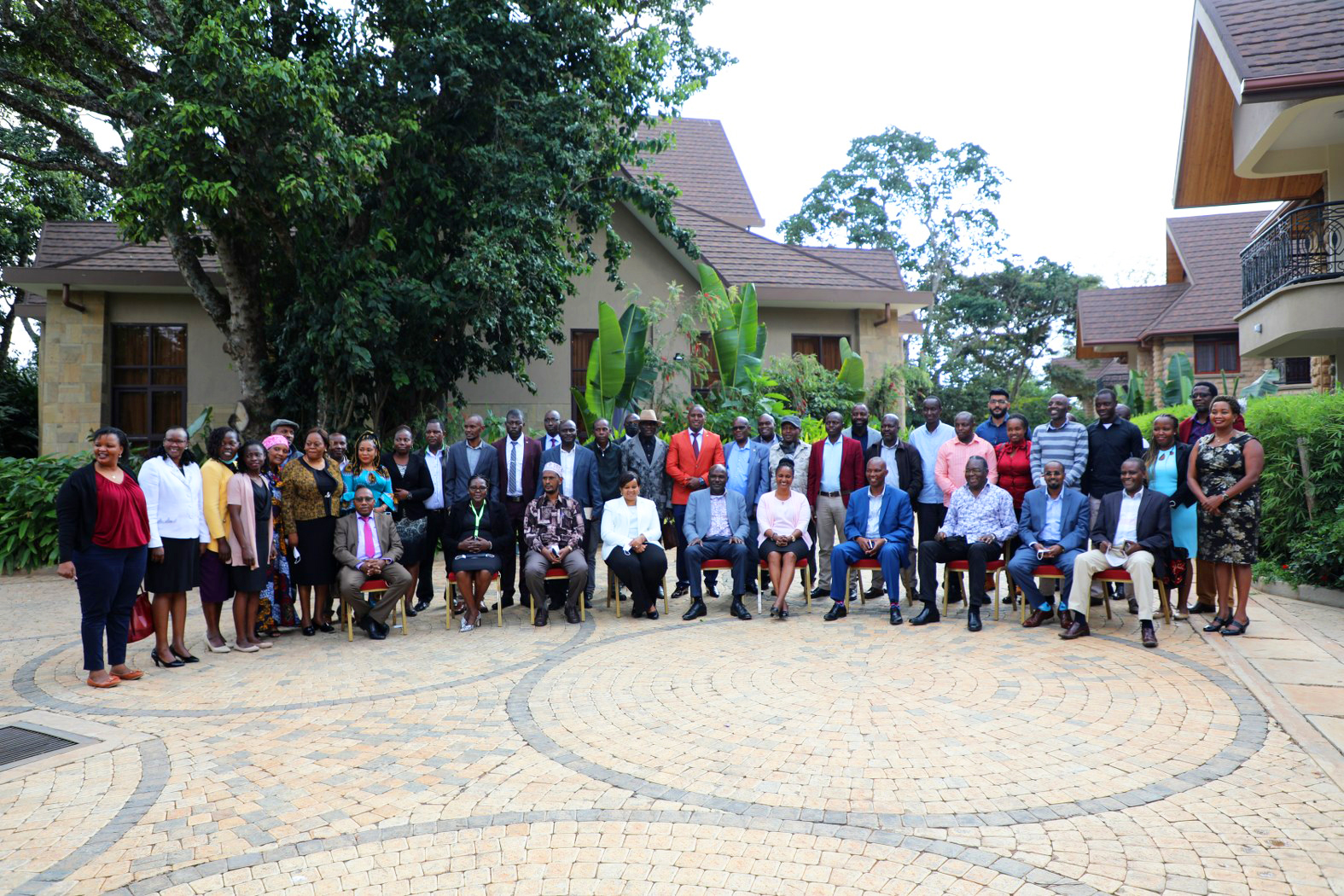 With only 10 months to the 2022 General Election, the Commission is fast rolling out its plans to deliver a free, fair and credible election.

On Friday, the Commission met with Political Parties Liaison Committee (PPLC) and shared with them the roadmap to the 2022 General Election and set out targets for Enhanced Continuous Voter Registration exercise, which is planned for October.

The meeting also discussed areas of collaboration and institutional commitments to support the Voter Registration exercise and the 2022 General Election planned activities.

Chairman Wafula Chebukati, while addressing the PPLC warned that as an impartial referee IEBC has all the disciplinary cards available and will not hesitate to flash out yellow or red cards, according to the law of the game, to any player who fails to adhere to the regulations.

“I wish to urge Political Parties, the Office of the Registrar of Political Parties and other stakeholders in the electoral process to work towards strengthening their collaboration with the Commission. I wish to assure political parties that the Commission runs an open door policy and is committed to serving all political parties in a fair and impartial manner,” said Chebukati.

The Commission also gave a breather to the political parties by pushing forward by 95 days the party primaries.

“The Commission has altered the date for gazettement of the General Election date from 14th March 2022 to 19th January 2022, and further changed the end date for conduct of party primaries, resolution of intra-party disputes submission of names of candidates after party primaries to 26th May 2022.

“This shall in turn expand the timelines and allow parties a period of 129 days to conduct their party primaries. Initially, Political Parties were to conduct party primaries, resolve intra-party disputes and submit names of candidates from April 16 2022 to May 19th 2022 (34 days),” the Chairman added.

Reacting to concerns raised by political parties on legal provisions and timelines, The Commission Chairman pledged to continue engaging Parliament with a view to have minimum reforms done by December 2021.

Chairman of Political Parties Liaison Committee (PPLC) Chairman Evans Misati on his part said political temperatures in the country are rising and candidates must be cautious of what they say.

“PPLC urges for collaboration to deliver a free, fair and credible 2022 General Elections. To attain this, PPLC seeks to play a role and encourage youth and those unregistered to turn up and register ahead of the Enhanced Continuous Voter Registration planned for October,” Misati told delegates attending the workshop in Karen, Nairobi.

On the two thirds Gender Rule, Chebukati said article 81(b) of the Constitution provides that “not more than two-thirds of the members of elective public bodies shall be of the same gender.” However, only the county assemblies have attained it by way of gender top-up through the party list model.

However, the realization of the two-third gender rule remains elusive in Parliament with several unsuccessful attempts at providing legislation to operationalize the principle.

“The Commission shall therefore comply with court order by ensuring that political parties’ nomination lists for elective positions in the Senate and National Assembly comply with the two-third gender rule before they are accepted by the Commission for candidates’ registration,” said Chebukati.

In 2017, the aggrieved parties filed a total of 71 complaints, out of which 31 were prosecuted and accused persons found culpable, two defaulted the orders of the Committee and were disqualified from contesting, 14 were found not culpable and dismissed for lack of merit, 14 were dismissed for want of prosecution and non-attendance, 3 were withdrawn by complaints and 4 were stayed by the high court through judicial review.

“We urge political parties to impress upon their members to strictly observe the electoral code of conduct,” said Chebukati.

The Commission also took the opportunity to remind all public officers who wish to contest in the upcoming General Election that they must resign by February 8, 2022, which is six months to General Election set for August 9, 2022.