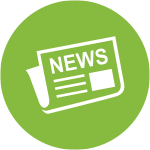 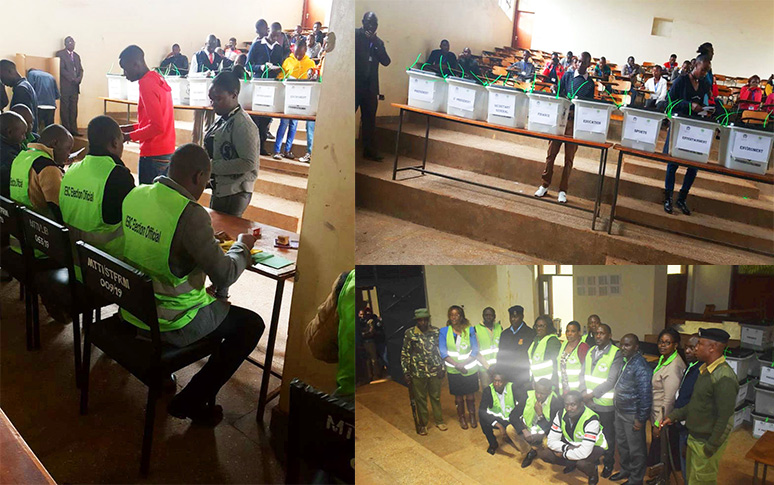 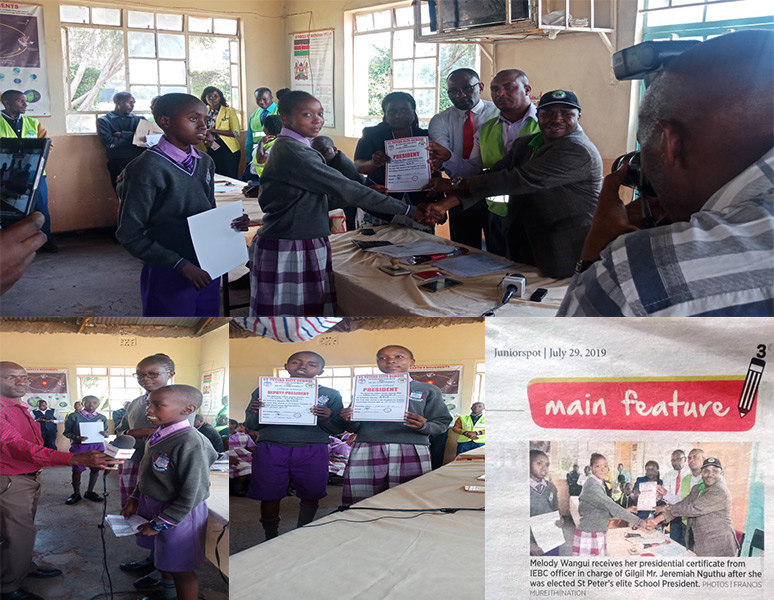 On Monday 10th July, 2019 IEBC was invited to conduct St.Peter's Elite School students council elections. The school is located within Gilgil town and has a population of 1,200 Students.

IEBC provided voter education to the students and the teaching staff, and the teachers oversaw the nomination of candidate and monitored the campaigns.
There were (4) elective positions namely: School President, Deputy President, Governors, Senators and MCA (class prefect) for each class.

The elections took place in a smooth and orderly manner which resulted in a free, fair and credible election that was accepted by all. After elections, all the positions were filled and certificates awarded to the winners.

The exercise was featured on the Junior Sport segment of the Daily Nation Newspaper on 19th, July 2019.